Hapgood & I left New Hampshire hesitantly.  Our car is a 92 camry station wagon that has aged as well as most people do.  We had to rip the passenger door panel off & cut the window motor out in order to screw the window in place.  We found a Saint of Auto-mechanics who offered his time to teach us how to do basic repairs & car maintence.  We replaced a cv axle, the breaks, dug around with pb blaster & wrenches, & w/o having done more than 20 miles in the car, we jumped in to put 3200 miles down over 4 days. We had a show at Lit Crawl w/ The Arts Resistance to make it to. 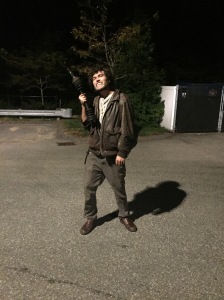 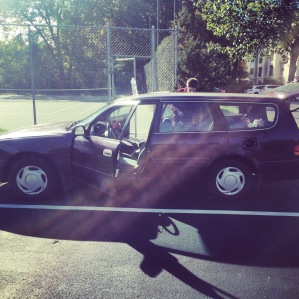 We’d taken a shot in the dark to make it out, & hell-fire, or water, we intended to make it to Lit Crawl. 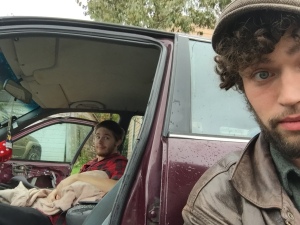 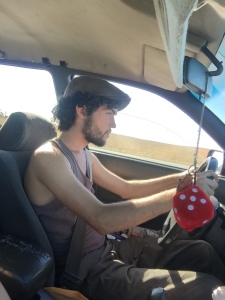 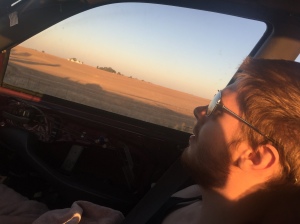 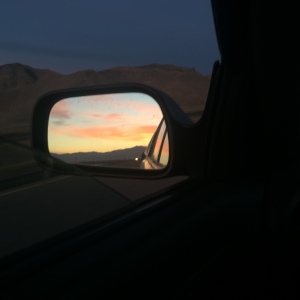 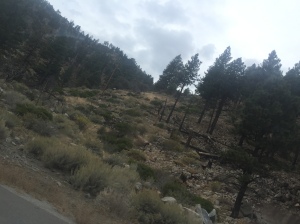 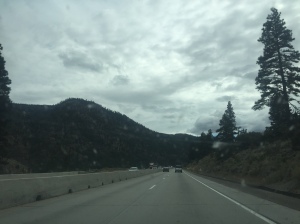 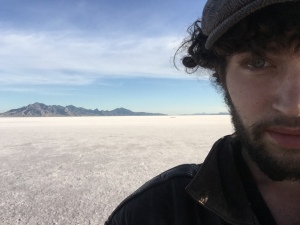 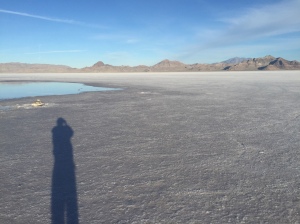 Late light Nebraska flat is dark & dull.  Wyoming sunrise, passing thru another day into Utah where we rested, wandering salt beds, Nevada & the smell of glass in gas station bathrooms, & into California, jumping over Tahoe & landing in Bay Area traffic & middle fingers & lane changing seconds split.  We pulled into the Excelsior district of San Francisco to a homie’s place & burnt out quiet. 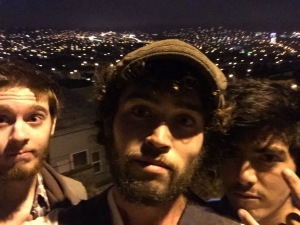 & San Francisco days began again.  We wandered the Mission drunk.  A back alley hip hop show of traveling kids & locals passing the mic snared us from a poetry reading of cliches being passed like joints. 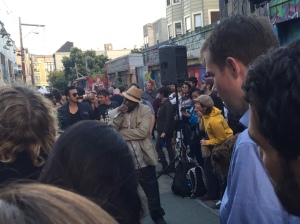 We ran from there to a renegade reading w/ BE ABOUT IT & Alexandra Naughton, reading poems in the streets till rushing off to The Arts Resistance & Lit Crawl present: Write Piercingly to perform w/ poets Zarina Zabrisky, Simon Rogghe, Charlie Getter, among other voices spanning three generations & continents. 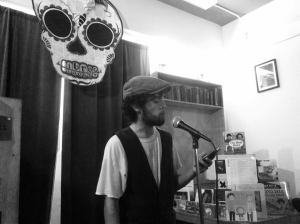 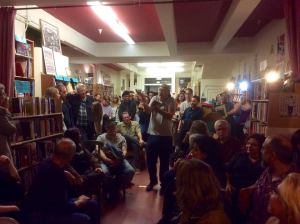 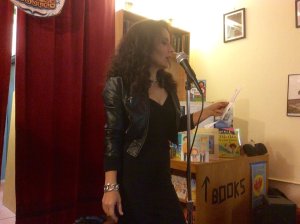 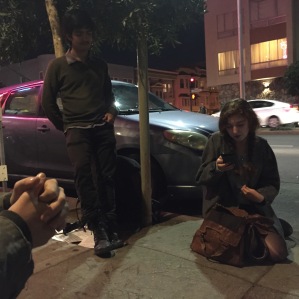 We romped around San Francisco & the Bay for a couple of days before dipping South to Santa Cruz.  We hit The Arts Bar & Cafe, & set up Books & Shovels, our traveling bookstore. 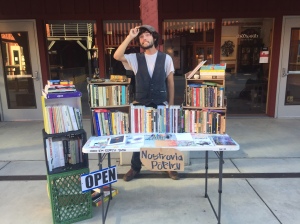 Zipping from Santa Cruz back up to San Francisco, we ran 7 miles to try & make it in time to see Lawrence Ferlinghetti read at City Lights.  We arrived to a packed building & closed doors.  None of the barred windows would budge.  All other entrances were locked, & the roof was inaccessible. 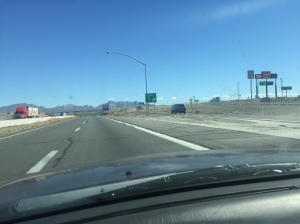 We shot down to Monterrey for a show at The Rubber Chicken Open Mic & Slam.  We kicked with old friends, set up the traveling bookstore, shared poems & stories, & rumbled onto the beach for poi & fire dancing. 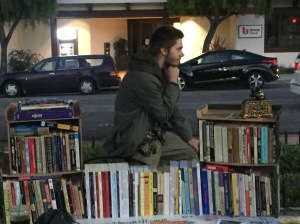 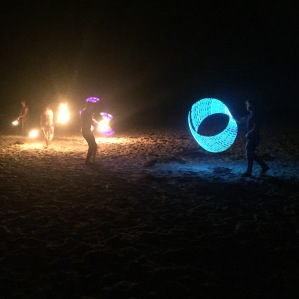 There is something to be said for the brief intimacies of traveling thru a community.  We all share our most entertaining values.  There is grime & dirt & vulnerability, & under the light of the road, there is a glimmer of hope.  It may be empty parking lots.  It may be people.

We like to inspire others & be inspired by others. 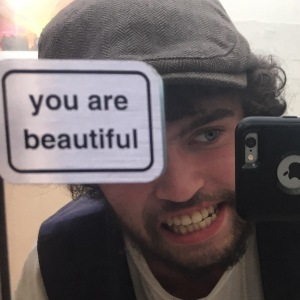 From Monterrey, w/ an old homie who is about to cross the continent himself, we went to Subrosa, a community space in Santa Cruz, to participate in To Change Everything, an international panel discussion on anarchism & tactics in the 21st century.

The next long haul began that night. 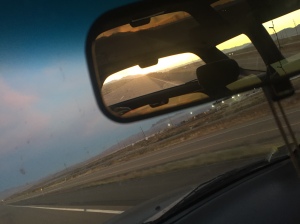 We straight shot to Tucson, the city that has shaped much of Nostrovia! thru show hosting, spontaneous street ciphers, & a booming creative juice that is too loud to ignore.

From here, we’re snagging up Neeko Ford, a hip-hop artist that represented Nostrovia! at the 2015 NYC Poetry Festival, & James Mulroy, a poet who’s helped us maintain in Tucson. 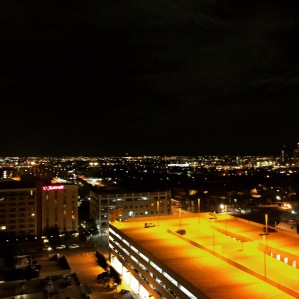 & no we’re coordinating to dip out on Halloween, heading into New Mexico, Colorado, Utah, Idaho, Washington, Oregon, & on & on.